I have already done my primary course in IMTC, Chennai. I wanted to do the elementary for a long time but couldn’t as I had so many responsibilities at home and at my school that I could stay far for a long time. The online course came as the God’s gift, but I was little reluctant at first as to how the course can be taught online, as it needs a lot of hands-on experience with the materials. But after my first class, I decided firmly that I am going to do the course.
As the course went by, I had the doubt whether I can finish the course to the fullest. So, I opted for audit course, even for which I was very doubtful. But to my surprise, the faculties were very promising and encouraging during my down times. They were all just in a phone call distance away. Ms. Amukta was always there to pull out our fears and Ms. Nalini, gracefully endured our problems. All the other faculties too were very friendly. Its only because of Ms. Amukta and Ms. Nalini’s encouragement and motivation that I was able to flexibly complete my audit course and now I am incredibly happy and confident to execute this to my children.

I thank the entire team and expect their wishes for the implementation. Thank You. 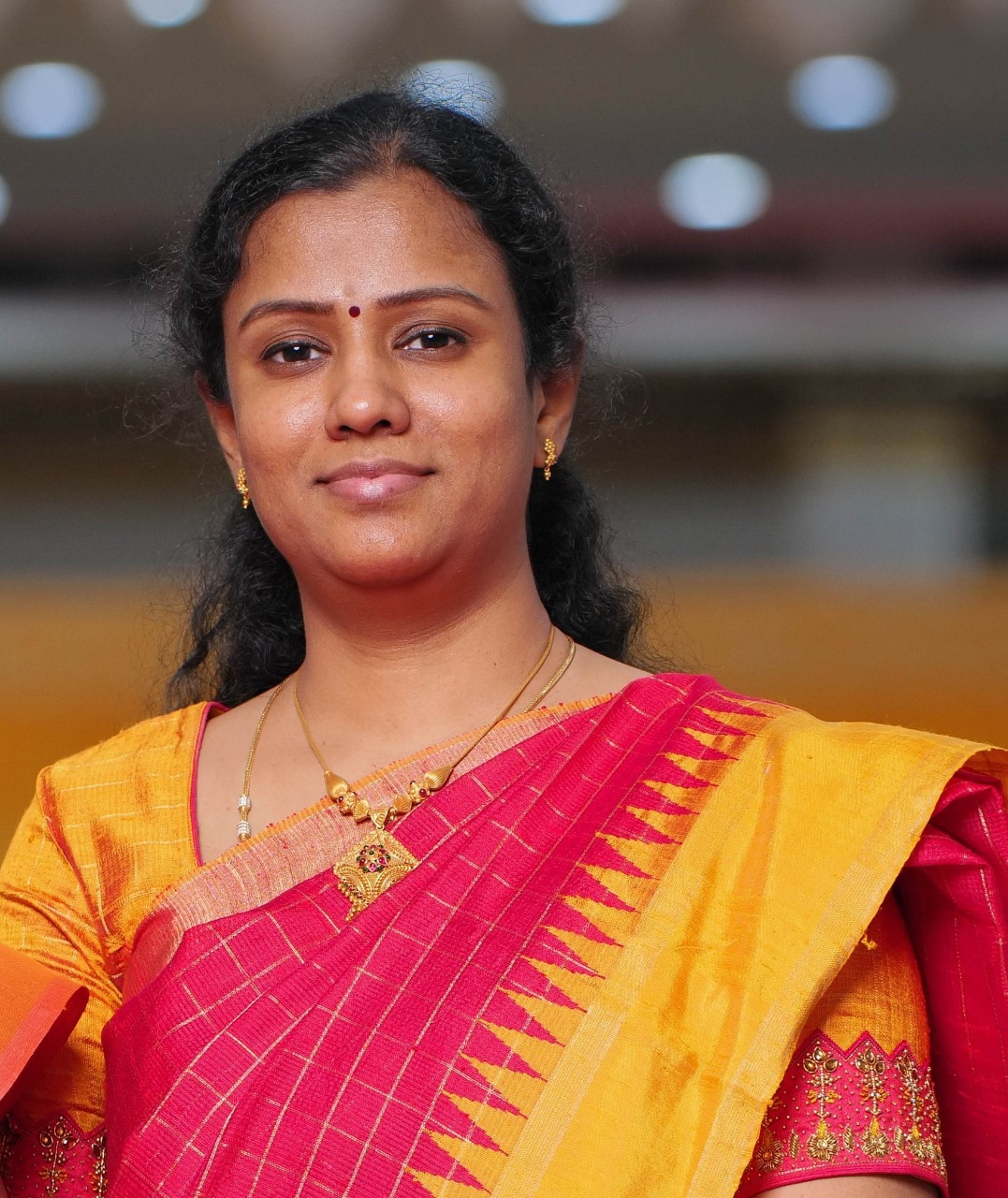 I’m truly grateful for the opportunity to attend this course. Though familiar with Montessori for primary, I had no clue about the Elementary program. I had never considered attending a program like this and kind of fell into it when someone sponsored the course for me. It far exceeded my expectations. I had no idea I would get so much out of it, and all I had been missing till now! I bow down to the dedicated teachers and fellow students who made this such an amazing experience.

Thank you for this opportunity to grow as an educator and person. 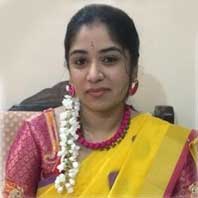 I took this course online in 2020-21 after quitting my IT job. I should say, this was the best choice I made! As a child, I went to Mahila Mandali Montessori for two years before traditional schooling took over. I still remember my Montessori days, working with the materials gleefully on the floor or at a table all by myself. I had always been curious about Montessori methods of teaching and learning. Last year, when I decided to take up a teaching career, one of my aunts who runs a Montessori, recommended this course. I can’t thank her enough for doing what she did at the right time. Everything fell in place and I started my classes. And that was the beginning of all explorations and discoveries! Schoolscape has the finest and experienced faculty who bring in a lot of passion into the classroom. I’m very thankful to every trainer at Schoolscape for their impeccable dedication and impactful teaching. Every presentation, every lecture aroused curiosity and awe in me. All those simple class experiments (Geograpghy, Botany) offered a plethora of new insights as they enabled direct observation rather than mere theoretical inference. I learnt so many things, the right way. I became a child all over again during the impressionistic lessons. I really appreciate the design of the elementary curriculum. It is comprehensive, holistic and purposeful.

It was a very fulfilling and an introspective journey for me, indeed. I got a chance to delve deeper into myself, discover my inner spirit and prepare myself as an educator. Spiritual preparation of the adult is so important; I couldn’t have learnt this better from anywhere else. All credits to Schoolscape for making us care more for people and the world around us. Thank you, dear teachers for your lessons and for your love.

I strongly recommend this course. Schoolscape, undoubtedly gives you a great learning and transcending experience. Go for it!

This certification course has not been just a means to help me work with children. It has been a life transformative experience! It was like going back to school all over again, except it was definitely fun this time. It has given me the context and background for so much scattered information lying around in my brain. I also learnt about many things that I previously did not know. It has opened my eyes to look for my own Cosmic purpose in this lifetime. It has helped me become a better an-d aware mother and Educator. 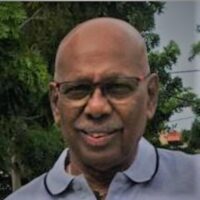 We have often found ourselves discussing the unemployable nature of our youth, not because there is anything wrong with individuals, but a malaise that stems from, our, inappropriate system of education.

It starts right at the foundation, in elementary school. It is this need that Amukta and her team at SchoolScape have been attempting to address. Her trust and belief in the Montessori methods, and her work in the field of education for close to three decades, has resulted in appreciation and gratitude from all quarters. She has worked tirelessly to produce a breed of willing, keen and motivated teachers, through the Montessori system.

Amuktas efforts have even resulted in SchoolScape being made a partner in innovative methods of learning being introduced into government schools in Tamil Nadu, Karnataka and Gujarat.

The facility in Bengaluru, Karnataka will fill a long felt need, to have Montessori training available in an area with such a large number of schools.

I wish Amukta and all members of SchoolScape, many more successes in the years to come.

Years rolled by Amukta’s name and fame remained at the back of our memory. We eventually met her at the beautiful school she had established in Chennai called Abacus. On a visit to Bangalore she came to see us in Gurukul. She saw our pre-primary environment and was very happy. She looked us in the eye and said, “ but why haven’t you taken it into elementary level of Montessori”.

Till then we hadn’t heard about elementary Montessori not did we have any idea about it.

She admonished us saying “you are having a beautiful Montessori environment in Gurukul. Why can’t you take it into the higher level of elementary Montessori. I have come all the way from Orissa for one year to do the elementary course being done by Gupta Ji. Both of you are living in Bangalore and are so clueless about elementary Montessori”. 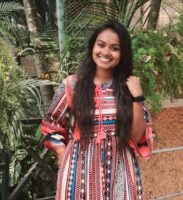 I approached SchoolScape, centre for educators to get trained as a Montessori adult, to work with the children of the age group 6-12 years. This elementary course has helped me to understand the need of the right kind of education, also has provided a new perspective about education. The theory sessions and the talks arranged by the center were so insightful and helped me understand different layers that make up the holistic approach of Montessori methodology in a better way.

Learning about this methodology was a different experience all together. Not only professionally, I could feel the change within me, in my personal life and well being. My patience level has significantly increased, I could now see the blend off all the subjects everywhere around me, ability to learn from different sources, different people and also it has provided me the opportunity to understand, how important it is to have the freedom of choice, especially in the learning phase. The course has given me the opportunity to understand Montessori Philosophy and the purpose behind the designing of the presentations and different materials used in the methodology.

Thankful to Amuktha ma’am, for providing this opportunity of learning what I was in search of from a long time.

Understood the needs of an elementary child in detail. Learnt more about our peers. Loved making materials. I became an active participant during presentation time – like a child.

I’m a learner and enriched my knowledge. It’s been really fantastic and encouraging sessions with all the faculty and batch mates. It’s been a learning session for life and profession. I thank each one of them for adding values in my life.

I thank Amukta Mam for giving this wonderful opportunity to be a student under her and get trained under her.

School Scape broadens the thinking horizon of an individual by offering wide exposure in education. Helps parents, teachers and school communities in having a forethought for them to think and act in the lives of children. …That I’m not aware of so many amazing things around us and how I could be a lot more sensitive and more importantly how my kids should get educated. Would not have thought this way if not for this course. Geography is something that I really like now and I’m amazed at our universe and its magic which I had taken for granted. I’m grateful.

It opened a new dimension to life for me personally.