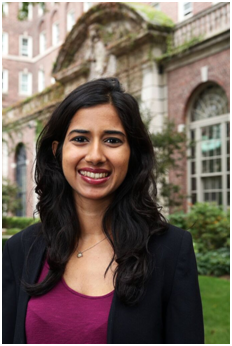 Founder & Director of Schools of Equality

Gulika Reddy is a human rights lawyer and the Acting Director of Columbia Law School’s Human Rights Clinic, which trains students to be leaders in human rights advocacy. As a part of the Clinic, students engage in social justice advocacy around the world in partnership with civil society and impacted communities. She leads a project to advance the right to education and just and lasting peace in Kashmir, and has co-supervised advocacy projects in Yemen and Papua New Guinea. She is the Founder & Director of Schools of Equality, a non-profit organization in India that runs activity-based programs in schools with the aim to shift social attitudes that perpetuate identity-based discrimination. Reddy has also worked with lawyers, non-profits, and academic institutions in India to prevent and respond to identity-based discrimination by representing impacted individuals and communities in court, conducting rights-awareness and sensitization programs, reporting human rights violations, leading advocacy efforts, and working towards mainstreaming human rights education.

She received an MPP from Harvard Kennedy School of Government, where she was a Dubin Leadership Fellow, and an LL.M. from Columbia Law School, where she was a Human Rights Fellow. Columbia Law School’s Human Rights Institute awarded her a Commendation for Leadership and Commitment in Human Rights, the World Economic Forum named her one of the Davos 50, and she was invited to attend their Annual Meeting in Davos. Reddy was also awarded the TalentNomics Global Emerging Game-Changer award for exemplary dedication to the empowerment of women and girls.